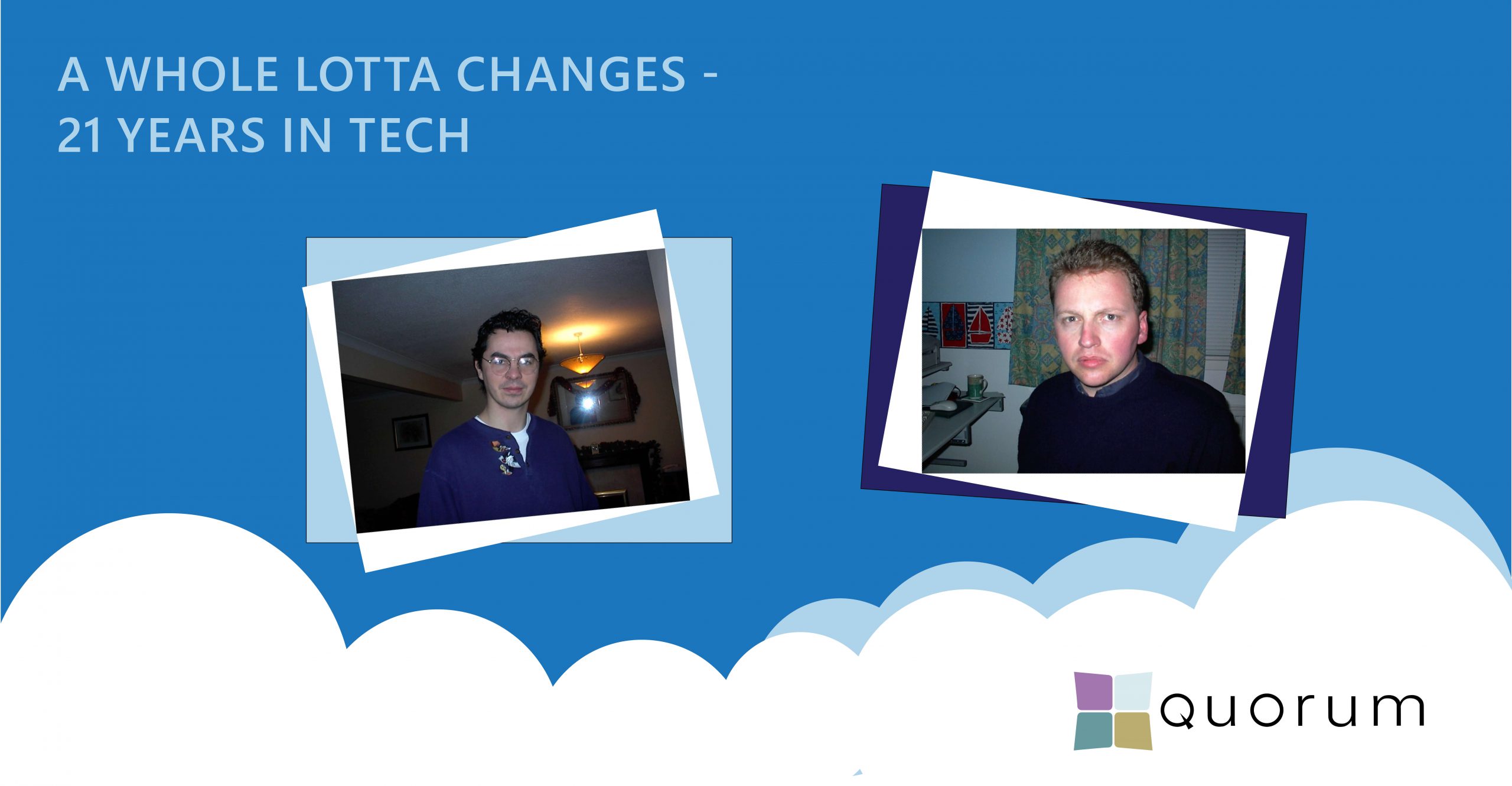 1999 was the height of the dotcom boom and it was an amazingly exciting time to be in technology.

Microsoft had come from nowhere through the late 1990’s to dominate the server market, with Exchange Server replacing Lotus Notes, SQL Server challenging Oracle successfully in the mid-market and version 2.0 of their Active Server Pages (ASP) technology being the first real product to enable ecommerce sites to be built rapidly. The Linux/Apache/MySQL/PHP (LAMP) stack that would later dominate and commoditise the market was yet to make any inroads and the competition at that time was very much oriented towards the far more expensive and less flexible Sun Solaris running a commercial Web Server such as Netscape Commerce Web server.

Also at that time, non-US countries were denied access to the 128-bit encryption that we take for granted now. Instead we had to make do with 40-bit SSL and then hand roll the client to server communications using 56-bit triple DES in code. Whilst we would carry on complaining about this until 2000 when the US removed all restrictions, we could at least take some solace in the fact that we weren’t in France where all encryption of any kind was banned by law and ecommerce was non-existent as a result!

In the middle of all of this, Quorum’s first piece of work was designing, building and securing the next generation of Internet banking infrastructures for one of the most innovative banks in the UK at that time.

Andy and I had met at an IT training company called CTEC, which in the late 1990’s was the largest training company in the UK. I started as an applications trainer, teaching legal secretaries how to use Word, in the Autumn of 1995 and had then progressed to training Microsoft Windows NT 3.51 systems courses. NT 4.0 usage exploded on the market in 1997 and Andy joined us as a systems sales person, although I think he still likes to refer to himself as my pimp for that period.

Andy was incredibly successful as he actually bothered to learn about what he was selling and to listen to what the customer was trying to do! He approached myself and a couple of our training colleagues about learning more, and in his spare time studied for the Microsoft Certified Systems Engineer qualification. As CTEC grew, we both wanted Andy to move over to a training role, but the sales team regarded him as a golden goose and blocked that, so in 1998 he left and moved to Amethyst, who were based in Edinburgh and could see that he was a talented infrastructure techie, particularly when it came to Microsoft Exchange Server 5.5 which was a major commercial success and beast of a product to know inside out.

Throughout that period we all realised that ours was a relatively small world, so we all kept in touch and helped each other out whenever we could. By 1998 both Andy and myself were carrying out consulting work for our respective training customers, which was interesting for us and seemed to have more longevity than training, but seemed to scare both of our employers as it was new territory for them.

And So It Begins…

A mutual friend of ours asked for our joint help after being badly let down by a supplier and in July 1998 we jointly delivered a NetWare migration, Exchange implementation and Windows 95 rollout in three days for the UK subsidiary of a large Japanese company. With hindsight that timescale was completely bonkers, but quite often we would finish teaching a class at 5pm on a Friday night and would then have the task of deploying new operating systems (four different versions of Windows) to differing hardware types on 80 machines and with server applications on up to a quarter of them, before we could go home for the night so it didn’t feel impossible and as it turned out, it wasn’t.

Microsoft were preparing to launch the much-delayed NT 5.0 with Active Directory in late 1998/early 1999 and we could both see how revolutionary this was going to be. We were separately invited to attend the first NT 5.0 “train the trainer” course in Europe in the November of 1998 and during that course, we discussed setting up a consulting company to capitalise on the impending massive demand for NT 5.0 that was certainly going to occur in 1999. Imagine, my shock when after being one of only 220 trainers invited for a boot camp in Seattle in March 1999, to see that all of the banners said “Welcome to the Windows 2000 T-Prep”!

Despite this minor setback, we were approached again by the same mutual friend about some work at Royal Bank of Scotland. RBS had been the first bank in the UK to have an Internet banking platform which was based on NT 4.0 with IIS and ASP and SQL Server and was planning on building a scalable platform that they could then use to drop in any application that provided financial services via the Internet. The only problem was that as this was April 1999 and the height of the dotcom boom, they couldn’t get the skills necessary to design, build and secure it. Oh, and they had incredibly tight timescales and could we build a complete, full-scale test environment in ten days? Once again, our naivety combined with our technical backgrounds meant that we didn’t see a problem with this, and Quorum started its first project in early April 1999.

I do have to point out that the company registration wasn’t completed until May of that year as it all had to be done by post and manual lookups of company names. Our rather long-winded company name was the twelfth attempt and a reference to the Quorum Resource, which is a major component of the Microsoft Cluster Server technology that underpinned the RBS project at that time.

A week or so later, Andy joined the RBS application packaging team alongside RBS’ Kevin Martin and later went on to run the Internet banking support team which included Kenny Inglis amongst others. During that period we worked with some amazing people who we are now fortunate to have as colleagues, such as the guys I’ve already mentioned and also the RBS Internet Banking development team which included Dave Kerr. This project and how it evolved over the next couple of years was true DevOps with the development and infrastructure teams working extremely closely together and for a common goal.

The last 21 years has given me some amazing opportunities to work on incredibly interesting projects and with incredible people. I will freely admit that I sometimes haven’t completely appreciated a particular project at the time, but with hindsight I frequently get a great insight into what we’ve managed to build and achieve in a short period of time.

Our aim when we started, was to build a company based on “people that we wanted to work with” and I still feel that this is this case. As is the nature of IT sometimes we find ourselves in the middle of extreme events such as recovering from a disaster, or having to build and migrate systems with ridiculous time demands from the client. It’s been in these situations that I’m always grateful to be surrounded by the people that we have, who can think a problem through and come up with an appropriate solution in the time available.

Here’s to the times that lie ahead.