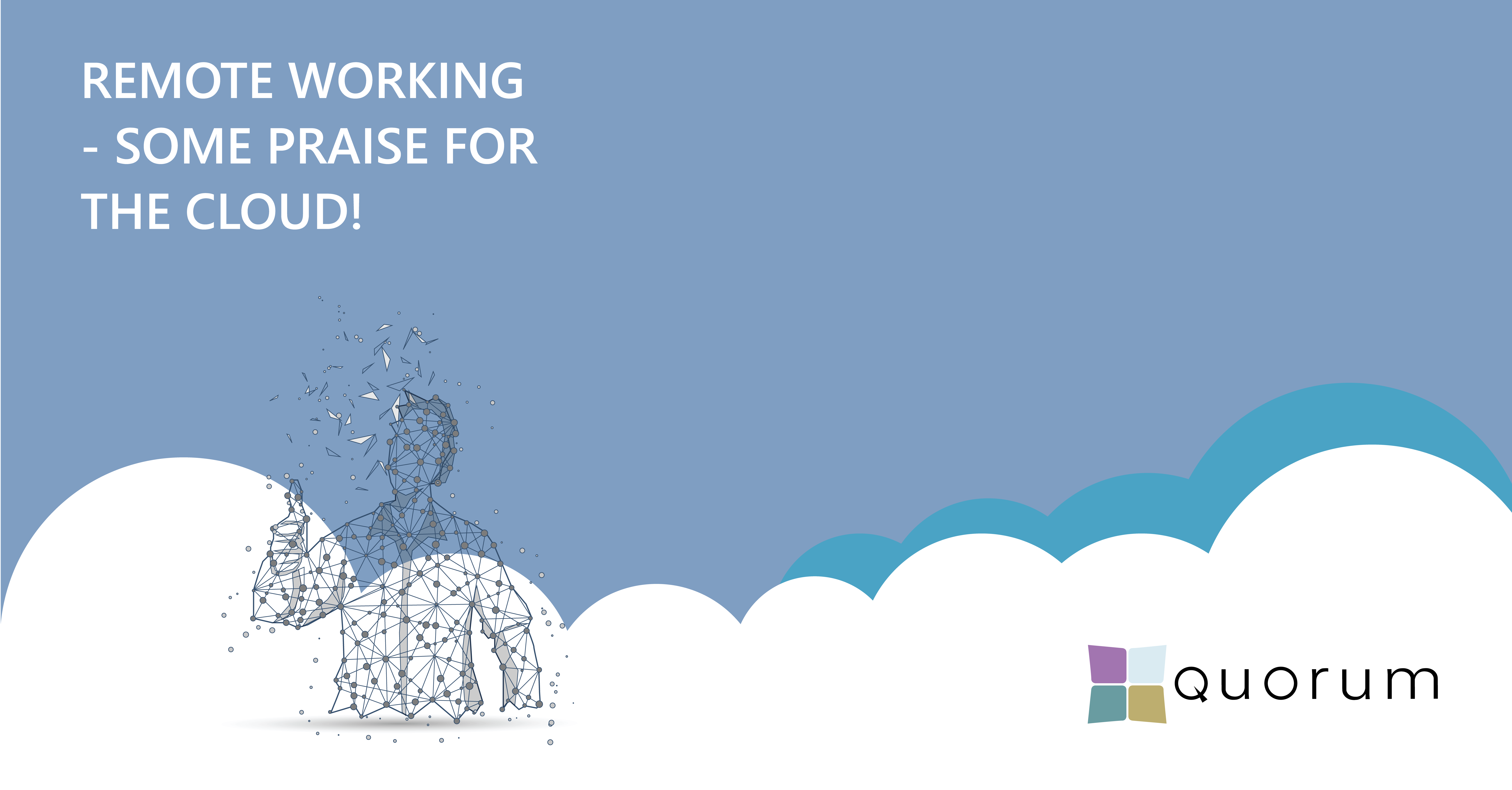 How the Cloud Saved all our Asse(t)s

The last month or so has presented us all with unprecedented challenges as we’ve all had to invoke our business continuity plans in a massed way that none of us expected.

Companies that were entirely based in the cloud, from applications to telephony, were able to focus on the nuts and bolts of how to communicate and run the business as every employee headed home to work. They didn’t have to worry about access or bottlenecks, although the sudden peak in demand caught everyone on the hop with all of the online conferencing systems experiencing performance challenges from March 12 onwards.

Reasons To Be Cheerful


Thankfully, all but the smallest of conferencing and telephony players have been able to massively increase their computing resources as they too are based on the major cloud players and can switch compute on rapidly, so these performance blips have sorted themselves out quickly. The biggest challenge now for homeworkers in some of these companies is managing the demands on their domestic bandwidth as family members also work from home and stream morning exercise videos!


It hasn’t all been plain sailing, and as I write this we are temporarily struggling to deploy new virtual machines in the Azure Western Europe region, but this will pass quickly as they bolster their back end capability. We can be sanguine about this as Microsoft have elected to preserve performance for current users and ring fence resources at the expense of new build projects. Seems fair enough, although if you have been caught out and are desperately trying to build new infrastructure in the Cloud then this is probably a problem you don’t need right now.


With Or Without Cloud

Non-cloud companies have had a considerably different experience. Whilst most on-premise companies have good remote access and home working solutions, very few of them have assumed that every employee would work remotely at the same time. VPN licensing, firewall throughput and inbound bandwidth have all been issues that have impacted these organisations and don’t have a rapid resolution path. Also, running out of capacity on lines and firewalls doesn’t just block some users – it invariably impacts the whole company and in a major way at a time when everyone is already having to adapt.


But even these companies have something to be grateful to the Cloud for. If this situation had occurred ten years ago then a far greater proportion of, maybe almost 100% in fact, of UK companies would be dealing with these issues all at the same time. There would be even more disruption to their businesses as all their suppliers and customers would be hamstrung by lack of access to critical systems. There would be even longer lead times for additional hardware and connectivity, data centre space, power for internal comms rooms etc. On top of this their IT providers would be even more stretched and struggling to cope – nobody envisaged a situation where every single client has invoked BCP across a continent in the same week. The fact that this incident has happened during a period of mass cloud adoption has alleviated some of that pressure.


So even if your company isn’t fully using cloud computing yet, it is still benefitting from it in an indirect manner. We should all be grateful for Cloud computing right now.

As always feel free to get in touch for a general discussion on any of this or to talk over any of the specifics.